Brookside Laboratories prides itself in providing outstanding customer service. If you have a question or would like additional information, feel free to contact a member of our professional staff below. 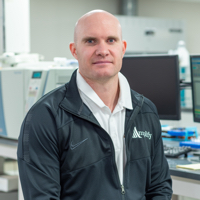 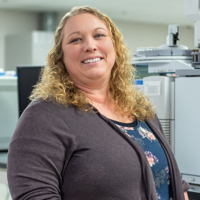 As Director of Laboratory Operations, Jackie is responsible for managing day to day operations of the laboratory, help organizing the flow of laboratory throughput, and help executing the overall vision within the laboratory.

Jackie is from Celina, Ohio.  She has a strong background in laboratory experience and science and earned a B.S. in Biology from The University of Dayton in 1999. 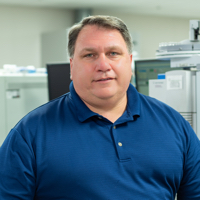 Allen Metzger has been employed at Brookside Laboratories since 1997. He graduated from Bluffton University in 1994 with a B.A. in Computer Science and Mathematics. 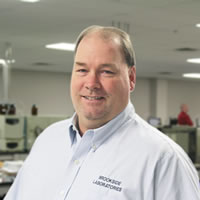 Greg Meyer graduated from Ohio State University with a B.S. in Agriculture in 1993. Greg started with Brookside Laboratories, Inc in 1996 and has over 30 years of laboratory experience. 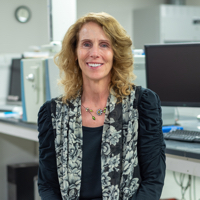 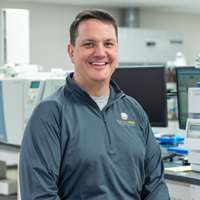 He has been providing support for the Brookside consultant network since 2003. John possesses a diverse mixture of experience and education in the fields of Management Information Systems, Geographic Information Systems and Remote Sensing.

John’s primary responsibility has been to construct and support a system that creates efficiency for the implementation of technology related to agronomic crop and soil management. 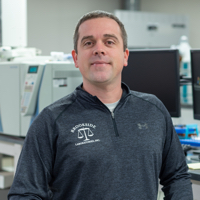 Chris is an Ohio State University graduate with both bachelor’s and master’s degrees in Environmental Science with specializations in Soil Science and minors in Statistics.  Chris also passed his Ph.D. Candidacy Exams before joining Brookside as Staff Agronomist in January 2017.  Prior to joining Brookside Chris spent five years teaching introductory soil science, soil physics, and environmental statistics at Ohio State.

Now serving as the Education Specialist, Chris’ major responsibilities include continuing education for the Amplify network, hosting the Amplify Webinar series, public speaking at grower and sports turf meetings, and data analysis support for the NutrientStar research division of the Amplify Network. 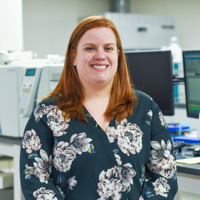 Stacey Huelsman has been employed at Brookside Laboratories since July 2017. She graduated from The Ohio State University with a Bachelor’s degree in 2012.

Responsibilities at Brookside Laboratories include Shipping and Receiving, Data Entry, sending supplies such as bottles, soil probes, and soil bags to consultants, as well as managing APHIS labels to send in samples from outside of the United States. 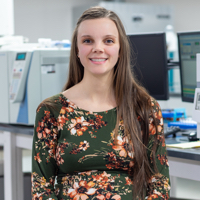 Ashley has been employed at Brookside Laboratories since October 2019. She graduated from Wright State University with a B.S. in Business Management and a minor in Accounting. 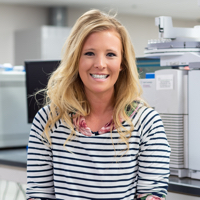 Lauren Kuck is a graduate from Wright State University where she received her Bachelor’s Degree in Ag Business Management. She joined Brookside in March of 2018 as an Executive Assistant to the CEO/President. In January of 2020 Lauren was named Director of the Amplify Consultant Network.

As Director of the Consultant Network her responsibilities include planning and organizing the Annual Consultant Conference, Peer Groups, and Executive Committee Meetings. She also handles all of the New Consultant process for the potential New Consultants in the organization, along with recruiting new member to the network organization.

Lauren was originally from Indiana, but now currently resides in New Knoxville, OH. with her husband and family. 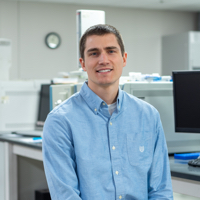 Spencer graduated from the University of Toledo in 2013 with a B.S. in Pharmaceutical Sciences with a minor in chemistry. He has been with Brookside Laboratories since September of 2016 where he has first hired in as a technician in the Environmental Lab.

Spencer was originally from Ohio but now currently resides in Jay County Indiana with his wife and family. 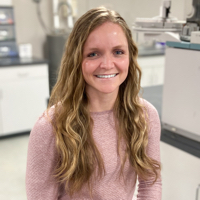 Erica Huber recently joined the Brookside Laboratories team in March 2020 as the Environmental Laboratory manager. She was most recently employed at Defiance College, as a graduate assistant coach for the women’s basketball team, and prior to that was an Integrated Pest Management Scout at the greenhouse in Wapakoneta.

Erica is from Anna, Ohio. In 2017, she earned a B.A. in Biology from Ursuline College and is set to graduate with an MBA from Defiance College, in May 2020.

We are reaching out to all of our followers tod... Read More

We were recently joined by Dan Coffin, of Biody... Read More